The birthing of the Women’s Reconciliation Network

The laws were made by the Dreamtime Spirits. For Aboriginal people, they aren’t changed. White laws can be changed so many times. But in our culture, it never changes. Wherever we go, wherever we are, there are sites there. They are very significant because we are part of this earth. We are this Country! [i] 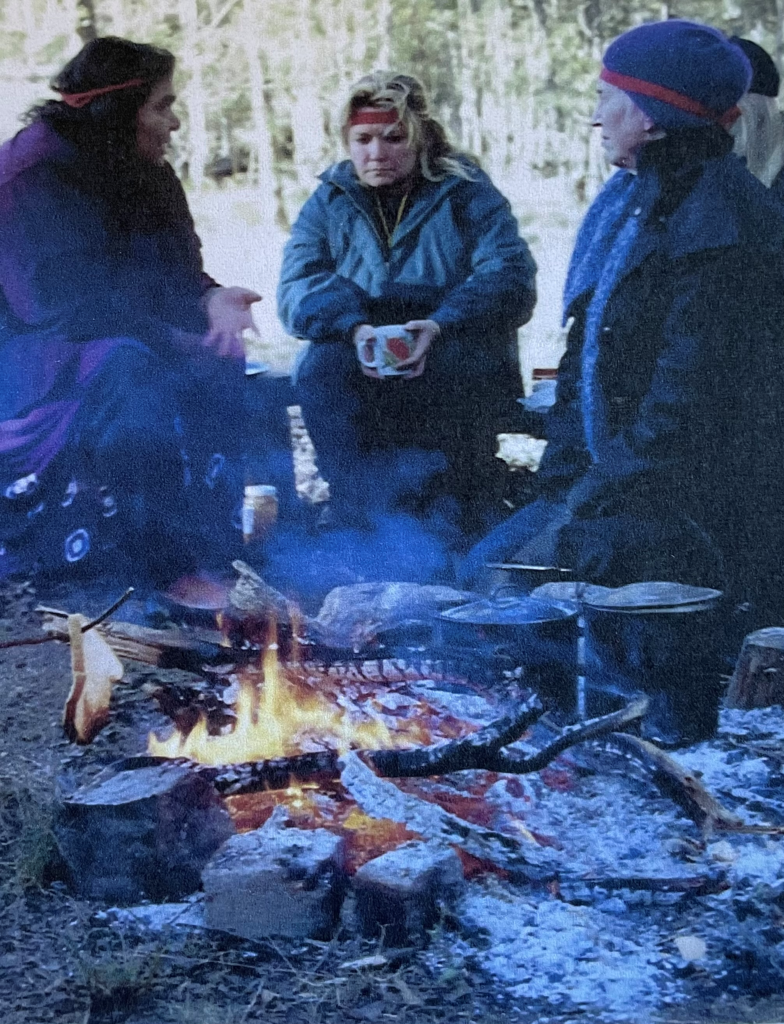 White laws regulated and dominated the lives of First Nations people since colonisation. The result was a massive decline in their population, loss of land, and deterioration in preserving their language and culture.

The time for building bridges, for accepting one another, and for reconciliation had been propelled by significant events in Australia’s history that led to the emergence of the Women’s Reconciliation Network (WRN) as a resilient women’s movement. Shortly after the March 1996 Federal election, the Council for Aboriginal Reconciliation (CAR) announced the dates earmarked for the launch in Sydney of the inaugural National Reconciliation Week from 27 May to 3 June. These dates commemorated two Anniversaries — the 1967 Referendum on 27 May 1967 and the High Court of Australia judgment on Eddie Mabo’s case on 3 June 1992.

The 1967 Referendum voted to change the Constitution enabling Aboriginal and Torres Strait Islander (ATSI) peoples to be counted in the Census. This Constitutional change empowered the national government to pass laws relating to First Nations peoples. The High Court judgment on the Mabo case gave recognition to the pre-colonial land interests of Indigenous Australians within Australia’s common law.

That all political leaders and their parties recognise that reconciliation between the Aboriginal and non-Aboriginal communities in Australia must be achieved if community division, discord and injustice to Aboriginal people are to be avoided. To this end the Commission recommends that political leaders use their best endeavours to ensure bi-partisan public support for the process of reconciliation and that the urgency and necessity of the process be acknowledged.

The formal Reconciliation process began in 1992 with the appointment of members of CAR with Indigenous and non-Indigenous members from all States and Territories. One of their first actions was to contract Indigenous people in each state as Community Consultation Agents (CCAs) — one of those in NSW was Shelley Reys, Director of Arrilla Training and Development. Their task was to consult with Indigenous communities to discern what were the key issues that needed to be addressed. The result was the naming of the eight issues: Understanding Country, Improving Relationships, Valuing Cultures, Sharing Histories, Addressing Disadvantage, Responding to Custody Levels, Agreeing on a Document, and Controlling Destinies.

In 1994 CAR contracted Australians for Reconciliation (AFR) Co-ordinators in each State and Territory to engage the non-Indigenous community in the reconciliation process. John and Elaine Telford of JETA Consulting were the AFR Co-ordinators in NSW from 1994 to 2000. In 1995 the Indigenous and non-Indigenous groups became one team. At the AFR orientation event in Canberra in 1994, the Minister for Aboriginal Affairs at the time, Robert Tickner, in his introductory speech, declared that “this would be the most important work that you will do in your lifetime.”

After visiting government departments and key community organisations, it soon became clear to JETA Consulting that only one Aboriginal and Torres Strait Islander (ATSI) person held a dedicated position in each workplace in most of the departments they visited. They had planned to provide the Aboriginal and Torres Strait Islander employees they met the opportunity to connect with each other over a casual lunch. They had arranged to meet with Carol Vale, the Aboriginal Policy Officer with the Local Government and Shires Association to implement their plan. Before they could implement it, the Telfords received a request from Canberra in 1996 to set up for the formal launch of the National Week for Reconciliation. National Reconciliation was formerly called the Week of Prayer for Reconciliation established in 1993 during the International Year of the World’s Indigenous Peoples, and it received support from major faith  communities [iv].

The arranged meeting with Carol Vale went ahead and included the participation of key women such as Stella Cornelius (Conflict Resolution Network), Helen Sham Ho, MP (a Reconciliation Council member), Sally Gray (former State Library staffer), and Tracy De Geer (Women’s Federation for World Peace Choir). The main purpose of the meeting was to prepare for the launch of a celebration for women – a Reconciliation event for women. On the day of the event, Shelley Reys, one of the Australians for Reconciliation coordinators for NSW performed the ‘Welcome’ to the event. The guest speakers were members of the Council for Aboriginal Reconciliation: Linda Burney, MP and Helen Sham Ho, Member of the NSW Legislative Council. Uniting Church Director of Mission, Dorothy McRae McMahon led an open Aboriginal way of story sharing using the Message stick microphone passed on to women who were at the event. The reflective sharing that emerged at the women’s gathering on 29 May 1996 sowed the seed for the birthing of WRN capturing the energy and insights into a continuous stream of consciousness, dedication and action.

What happened that day was beyond the expectation of the planners. Fifty to sixty women were expected to come. Three hundred women from diverse backgrounds turned up. Elaine Telford remembered the diversity of the attendees: “a chicken farmer from Kellyville, a First Fleeter descendant, Faith Bandler, long time campaigner for the 1957 Referendum, young mothers with babes in arms, mothers and grandmothers, women of every shape and colour…A montage of stories were told from the hearts of the storytellers, interrupted by a wailing song of lament by a Murri woman from Queensland, Tjanara Goreng Goreng. The song pierced the entire room and not a pin drop could be heard. It brought us all “to unimaginable depths within.” This charged atmosphere was depicted in WRN’s first book, Healing our Nation through Women’s Wisdom (1997) [v]. The book cover artwork was designed by noted Gamilaroi artist, Elaine Russell

[i] Aunty Anne  Wirrimah Thomas speaking in Around the Kitchen Table documentary, https://wrnredfern.org.au/?page_id=360